Welcome to Naples!
Start your search for the perfect home 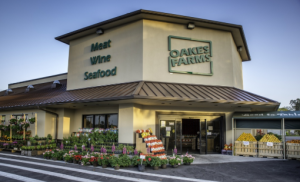 A local farmer has won a multimillion-dollar federal contract that will put his fruits and vegetables in the hands and mouths of more students and military workers in Florida.

The Defense Logistics Agency recently awarded Oakes Farms Food & Distribution Services in Naples a multiyear contract with a value of up to $46.8 million.

The set-aside for small business allows for the purchase of the company’s fresh produce by the Air Force, Army, Coast Guard, Marine Corps and Navy for commissaries, restaurants and dining halls on military bases and by the U.S. Department of Agriculture for school lunches in the northern region of Florida.

Oakes beat out three other bidders.

In case you missed it: Seed to Table store faces delays, won’t open in November

The contract runs from fiscal 2018-23. The amount of the contract is the maximum the federal agencies can spend on Oakes’ produce over the five years, but they could spend less, he points out.

The previous supplier for the northern region, Oakes said, didn’t get the kind of participation he expects to as the new supplier. He said he’ll offer more choices and quality products — and he’ll more aggressively market what he has to gain more customers.

“This is the first time the contract has ever been given to someone who is an actual grower,” Oakes said. “We are a grower and a distributor. We are vertically integrated, so we kind of do it all.”

Oakes hopes to win a third contract covering the central region of Florida, which is coming up for bid.

“That would give us the whole state,” he said.

Locally, Oakes already sells his produce to school districts in Lee and Collier counties for lunch programs, but only Lee uses Department of Defense dollars to purchase it, he said. The school district in Collier has purchased his produce for several years with other government dollars, Oakes said.

Oakes Farms has more than 100 trucks on the road. It has farms in Collier and Hendry counties and in Alabama, Tennessee, North Carolina and New Jersey.

The company grows everything from tomatoes to peppers to strawberries to potatoes.

Oakes often offers up his farms and packing houses for educational field trips to teach kids about agriculture.

He also owns Oakes Farms Market, Food & Thought and Thoughtful Threads organic clothing store. He plans to open a new concept, Seed to Table, in North Naples, which promises to be a foodies’ paradise, next year.

In 2014, North Naples-based manufacturer Arthrex Inc. won a five-year contract worth up to $255 million to supply medical implants and devices to the U.S. military, the Veterans Health Administration and some federally funded hospitals. The company has landed several previous contracts with many of the same government agencies.

In June: Arthrex moving along on its expansion project in North Naples

The contracts awarded to Oakes Farms are significant not just for the grower, but for the county because they have the potential to bring so much money into the local economy, said Jace Kentner, Collier County’s business and economic development director.

Kentner said he has no doubt Oakes can deliver on the contract.

“He’s very well-positioned to be able to fulfill that order and grow it. So that’s the good news,” he said.

There are currently no active listings that match your search criteria.